William Elton, or Mr. Bill (as he was fondly known) of Colonial Auto Parts in St. John’s, Newfoundland passed away peacefully on Friday, June 19, 2015. 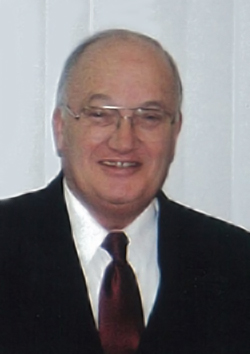 Bill and his older brother Doug worked from a very early age for their father Gordon, the founder of Colonial Auto Parts. Bill and Doug were instrumental in growing the successful Newfoundland business Colonial Garage & Distributors  (Colonial Auto Part), expanding through Atlantic Canada.

Colonial Auto Parts joined the Bestbuy family of Shareholders in 1966 and has been part of the Bestbuy family of Shareholders for close to 50 years. Colonial Auto Parts was awarded the distinction of being named the 1999 Jobber of the Year. This award is in recognition of extraordinary performance in the Canadian Automotive Aftermarket based on success in business and in the community.
Bill served as a Director on the Bestbuy Board in 1984, became Bestbuy’s President in 1987 and in 1991 retired from the President’s Chair after serving Bestbuy with great dedication, professionalism and integrity. He stayed on the Board as past President and was again re-elected and held a Board seat until 2006.

Bill was a remarkable individual, always quick with a comment or a joke. He  accomplished many things in his life and will be greatly missed by all.

Friends and relatives may call at Barrett’s Funeral Home on Sunday, June 21 from 2-4  and 7-9, as well as on Monday, June 22 from 2-4 and 7-9. For further information please visit http://www.barretts.ca. The funeral will take place at St. Andrew’s Presbyterian Church on Tuesday, June 23 at 2:00 pm.

Memorial donations may be made to St. Andrew’s Presbyterian Church.