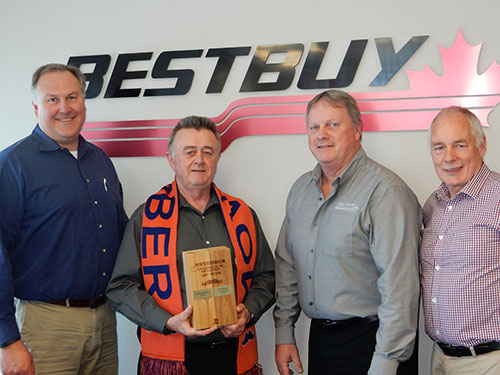 Andy Murphy led the team by raising an impressive $6,455.00. Andy stated, “This award is an honour to accept – it is the result of the amazing financial support we received, especially from our many friends and colleagues in the Automotive Aftermarket. If what we do helps just ONE of our fellow “bros” in their journey to a better understanding of prostate cancer and menʼs health in general – it was indeed a success. We hope we can count on everyoneʼs continued support in the 2015 Movember challenge.”

The automotive sector raised $271,975.00. For years Movember has received tremendous support from companies within the auto industry that share a passion for moustaches and menʼs health. One in eight men will be diagnosed with prostate cancer in their lifetime.