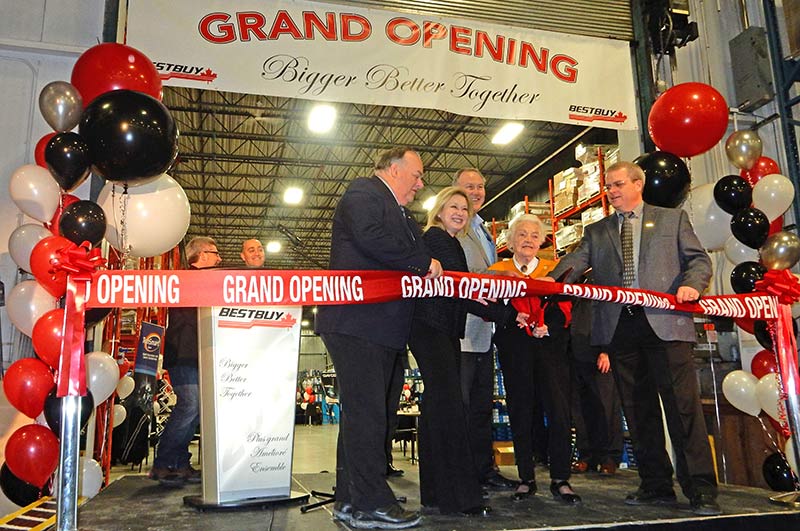 February 23, 2015 – Bestbuy Distributorsʼ 61st Annual Shareholder Meeting was held in Toronto, at the Westin Bristol Place hotel on February 20th, 2015. The two-day event brought together Bestbuy members from across Canada and vendors from across North America to attend meetings and celebrate Bestbuyʼs expansion and grand re-opening of their Mississauga warehouse.

A highlight of the AGM was the annual dinner, which honoured retiring Board Chairman Dale Devlin of Halton Automotive. Devlin has served on Bestbuyʼs Board of Directors since 1993, and was Chairman for 5 years. There was a strong turnout of 225 for the Friday evening cocktails and dinner. The crowd was mesmerized with internationally renowned celebrity impressionist Martin Dubé. With his five octave
voice range, he brought the crowd to their feet with his stellar impersonation performances. 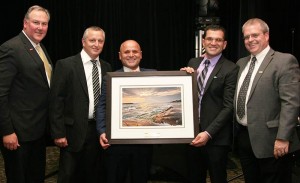 President, Jeff Van de Sande and Chairman Doug Squires had the honour of announcing and presenting the 2014 Horace J. Pratt Award (Supplier of the Year) to ProMax Auto Parts Depot, in recognition of their excellence in service, sales performance and support. Ramzi Yako, Sam Yako and Doug Curliss were on hand to accept the award. The organization also presented its annual contribution to support The Family Heart Centre at the Hospital For Sick Children in the amount of $40,600.00. Dr. Robert Hamilton, Director of Cardiology was on-hand to accept the donation. Bestbuy has been supporting this worthy cause since 1986 and has contributed in excess of $750,000.00. 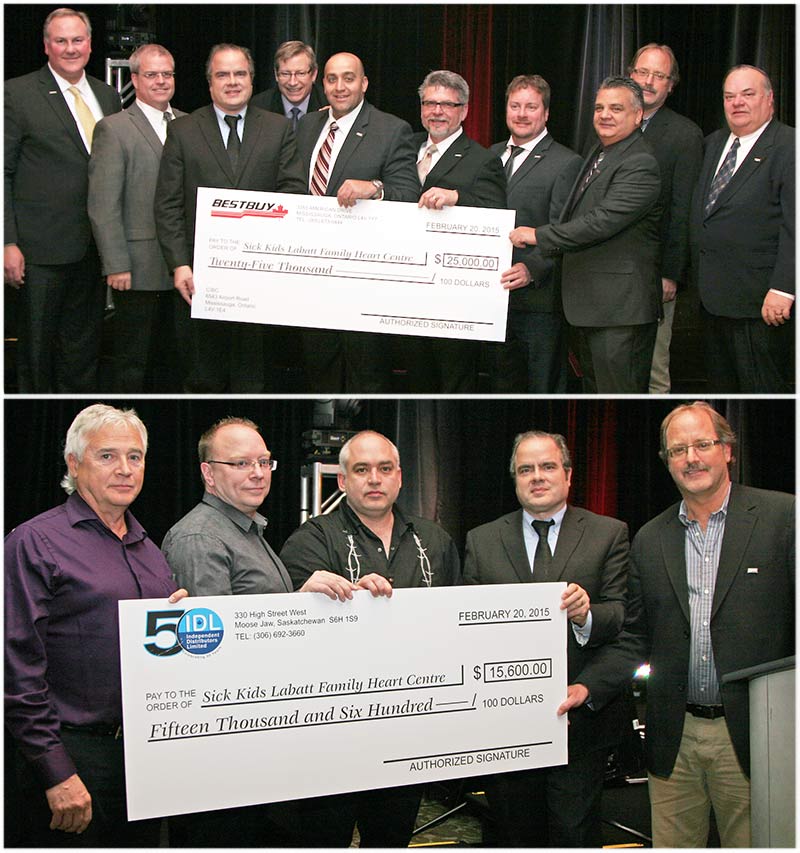